In a year that has seen many changes in my classroom, one of the most influential has been the incorporation of driving questions. Driving questions set the stage for the learning that will take place in the next day, week, or month. They are the initiator of curiosity, the thread that connects the learning, and the basis of assessment.

At the urging of Tricia Shelton (@tdishelton), whose expertise clarified the value of a driving question for me, I'd like to focus on some sample driving questions I've used in my Biology classes and commonalities each of the those questions share, in hopes at arriving at a set of criteria that are important for creating a successful driving question. I will write a separate post on each driving question and then tie those reflections together with one final post on Driving Question Criteria.

The Minnesota science standards are heavy on Ecology, and that is the topic with which my Biology students spend much of Semester 1 grappling. Therefore, my three sample driving questions are all within the content of Ecology: Nutrient Cycles, Energy Transfer, and Population Growth.

Nutrient Cycles
How do we make the Carbon and Nitrogen Cycles interesting, relevant, and engaging for high school students? This is a question I've been playing around with for many years. For some reason, it is one of the most challenging concepts for students to master, and it's not as "personal" as other topics like genetics or immunity. For me, it's not so important that students can replicate the Carbon and Nitrogen Cycles word for word and arrow for arrow, but that they understand how the cycles can be disrupted and the consequences therein. However, to understand the disruptions, they have to understand the "default settings" of the cycles.

Before diving into the Carbon Cycle, I presented the following graph to the students: 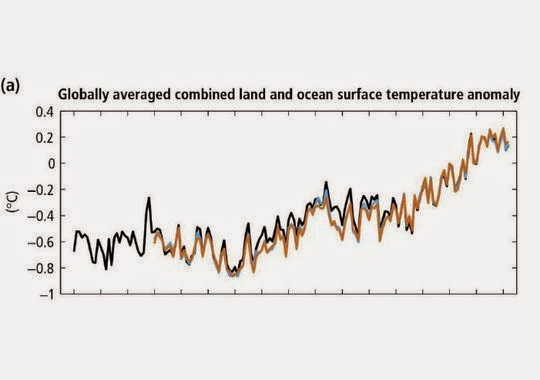 I asked each student to independently record any observational statements or questions they could generate based on what they saw in the graph. From there, the students read this article (link) from USA Today that had recently been published. After reading the article in teams and discussing its meaning, each student responded to this prompt: What do you already know about climate change? Here are some student responses:


As you can see, their ideas were all over the place. So the next step was to dive into the content. The main source of "content" in my classes is through investigations, simulations, and other activity-based learning scenarios. So students learned about the use and production of CO2 by participating in a student-designed inquiry investigation using bromothymol blue, snails, and elodea. They experienced the Carbon Cycle by exploring an online "game" (link here) and worked through a POGIL.  After each activity, students were prompted to tie their learning back to the driving question and evaluate their changing understanding. When I felt students had a good handle on the content, it was time for a formative assessment of the driving question. Here is how I designed the assessment...

For the driving question above (Is climate change natural, or caused by humans?), state the following:


By framing the assessment in this way, I wasn't asking the students to simply regurgitate facts. Instead, they needed to use their newly-acquired information to take a stand. Their experiences in the classroom became their evidence and their application of what they had learned became their reasoning. A sample of a student's claim:

My claim is I believe climate change is caused by humans. My evidence is that in our carbon cycle model I learned that carbon enters our atmosphere through respiration, and we humans go through the respiration process. Another piece is in our video we watched I learned fossil fuels produce carbon in the atmosphere through the process of combustion, and humans burn the fossil fuels through everyday activities, like blow drying hair and driving cars, creating more carbon. My last piece of evidence is through our carbon cycle model I learned that plants go through photosynthesis to take in carbon from our atmosphere, and humans are cutting down and destroying plants to develop cities for our growing population.

This was the first assessment of this type that students completed in Biology class. And although not all of the final work was spectacular - or even scientifically accurate - I was confident I was headed in the right direction in asking students to apply their knowledge to the driving question. Next year, I'll include more primary sources about climate change in particular, and not just the Carbon Cycle, but it was a good start.

Nitrogen Cycle Driving Question: Why did so many fish die last spring in Beaver Lake, MN?

For the Nitrogen Cycle, I wanted to focus on a driving question that was a "closer to home" for my students. Minnesota is known for its many lakes, and most of my students have an attachment to a particular lake. Perhaps they fish on it in the summer or icefish in the winter. Maybe they like to go tubing or water skiing. Minnesotans spend a lot of time on the water in general, and you don't have to drive very far to find a lake. This also means that every Minnesotan has seen a lake at its worst in August, with the color and consistency of pea soup and a horrible stench. Eutrophication is a by-product of the Nitrogen Cycle most of my students are aware of, even if they don't know what it's called or why it happens.

To start the Nitrogen Cycle, I showed students a news report about a massive fish die-off in a Minnesota lake last spring.


I challenged the students to discuss in their teams why they thought the die-off occurred, and then the teams shared to the class. I recorded their ideas on our class whiteboard. Notice how all of the ideas were related to our extra cold and snowy winter last year. 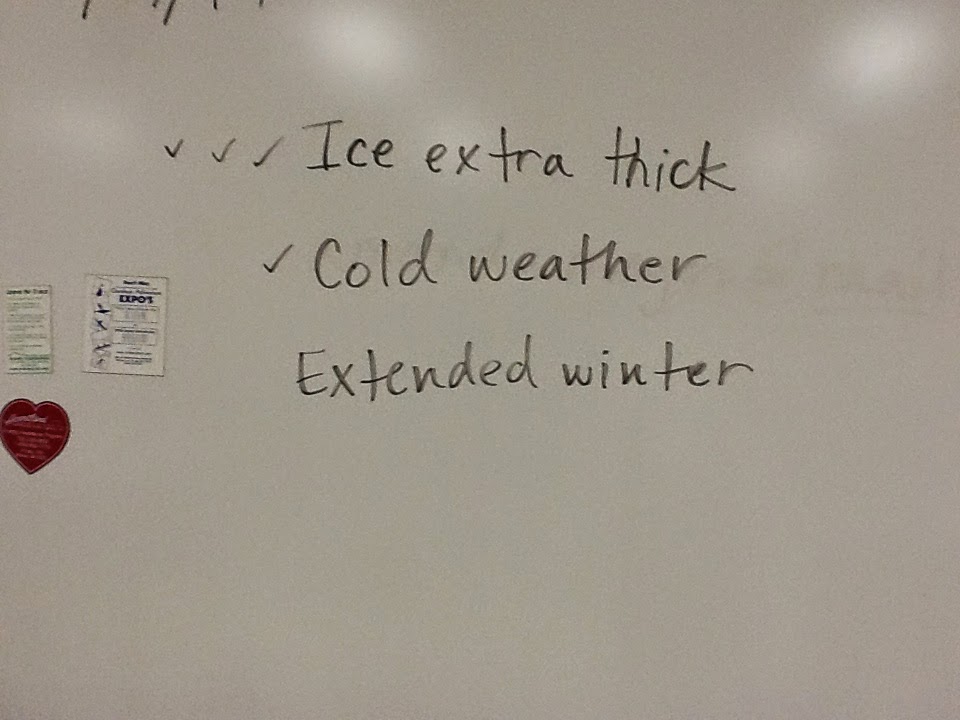 Next, onto the content. Students collected soil samples from locations of their choice (river banks, sweet corn fields, soybean fields, gardens, lawns, a golf course) and then tested the amount of nitrate in the soil using Vernier probes. They completed a POGIL about the Nitrogen Cycle. They watched a video on eutrophication. After all of these experiences, I once again assessed the students on their understanding of the Nitrogen Cycle based upon the mystery presented in the driving question.

Claim: Answer the question: Why did so many fish die last spring in Beaver Lake, MN?
Evidence: Support your argument with specific examples from both videos. (I was referring to the news report and the eutrophication video here.)
Reasoning: Explain the science behind your argument with in-class artifacts from the Carbon Cycle and Nitrogen Cycle.
Notice that although this assessment still had the Claim/Evidence/Reasoning format as the Carbon Cycle assessment, what I asked the students to do here was a little different. The evidence they provided was from the videos, and the reasoning was based on in-class artifacts. Also, I not only required that students demonstrate connections to the Nitrogen Cycle in their explanations, but I was also looking for connections to the Carbon Cycle. Just because a topic is "covered" in class doesn't mean it won't appear again in the future. This is a great way to emphasize the inter-relatedness of Biology topics with students. Here is a sample student response: (By the way, I gave the students the choice of completing this CER as a written response, on Educreations, or via audio recording.)

My claim is that so many fish died because there wasn't enough oxygen in the water. My
evidence from the eutrophication video is the algae was eating everything in the water,
reproducing so much that the sunlight couldn't reach the plants below. Because of this, no
oxygen was released under the water and the bacteria used it all. When the nutrients got in the
water, the algae ate it. They used cellular respiration to reproduce. As more reproduced, they
used photosynthesis to all become more green. With the algae eating all the nutrients, nothing
else under the water had enough nutrients to eat and grow. After they produced and used
photosynthesis, there becomes a thick layer on the top. The sunlight only hits the algae on the
top and the use respiration again to reproduce. All non bacteria life under the surface doesn't
have enough oxygen to live. This probably didn't happen in the winter where there was a thick
layer on the top. With the ice, it is hard for the sunlight to reach the bottom. There could have
been a little bit of algae because of the decomposition of the plants before the lave froze over.
With no sun getting to the plants because of the algae and ice, the plants died and
decomposed, causing more algae. In this situation, the used cellular respiration to reproduce.
After there was so much algae, the plants and fish didn't have any food, causing them to die off.
The smell came from all the dead fish decomposing, letting ammonia and nitrate out that the
had trapped in them.

As in any classroom, the quality of student responses was variable, however I feel that all students are held to a higher standard by using this type of assessment. Without a well-formed, applicable driving question, an assessment that requires this advanced thinking and rationale from students would not be possible.

In my next post, I'll write more about a sample driving question for the topic of Energy Transfer.